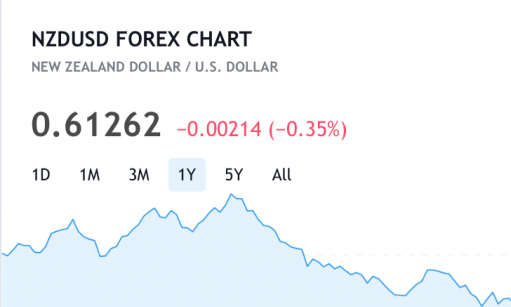 The booming global economy hit the wall suddenly like a bolt out of the blue. The global pandemic has closed down most of the Western world, society and economies. The impact of a health emergency, the likes of which has not been seen, since the Spanish Flu Pandemic of 1918-19. This is the biggest ‘Black Swan’ event to hit markets since the GFC or perhaps even World War 2?

‘Patient Zero’ is the first recorded infection case of the coronavirus. The actual date and identification is not known, as information released from China, has been far from timely or accurate. The first patient is thought to have contracted the virus in mid-November 2019. It was not until the 31st of December that the Chinese Government finally, publicly disclosed this to the WHO. The first death was recorded on the 7th of January. The pandemic was not recognised, as such, by the WHO until the 11th of March, well after the virus was going ‘viral’ globally.

The epidemic had spread across Asia in late January and had spiked in Iran by mid-February. This was quickly followed by outbreaks in Europe, sparking off in Italy and quickly spreading to Spain and across the continent. President Trump had closed US borders to China by the 31st of January. NZ had its first case on the 26th of February but did not act to close their borders until 19th of March, quickly followed by a complete lock-down of society and the economy on the 23rd of March , four days later.

The news of this crisis was more rumour than fact early in 2020. The sheer size and scale of the epidemic, about to consume global markets and society, had not even been considered, let alone comprehended. Markets took notice when sharp outbreaks occurred in Iran and Italy around the 20th of February. Global equities quickly went into free-fall, with the Dow plunging from over 29,000 to a low of around 18,500 (over 35% contraction) by 23rd of March. Western Countries followed Asian countries into complete lock-downs, effectively closing their economies. It suddenly dawned on markets the sheer scale of this global crisis.

The global health crisis had morphed into an economic crisis, potentially worse than the GFC mega-recession. The markets ‘kryptonite’ is uncertainty and this was uncertainty on steroids. The explosion of infections and deaths enveloping Europe, triggered panic in markets, as they struggled to assess the economic impact. The initial sledgehammer of the pandemic and lack of identification, (let alone treatments and cures), was a disaster to markets. As the epidemic invaded the USA, markets were starting to comprehend the scale of this event and this was reflected in equity markets.

It was all about bending the curve, control and containment, and this was not becoming clear until the end of March early April, when the equity markets bottomed out. The impact of an economic catastrophe was dawning on markets fast, with statistical economic data collapsing, to historically record lows. Oil prices went negative for the first time in history!

Trade exposed, commodity economies, such as New Zealand and Australia, were hurt more than most. The massive upheaval of global economic activity and the impact on global demand was becoming clear. The NZ Dollar began the year above 0.6700 and as the pandemic unfolded, the currency was being cratered quickly. By the time NZ had its first case on the coronavirus (26th February) the currency had collapsed to 0.6250, and shortly thereafter fell off a cliff! The extent of this crisis had been calculated by markets well in advance of the NZ Government action. The currency collapsed, to lows of around 0.5667, before the Government closed the borders (19th March) and locked down the economy (23rd March). Fortunately, the NZD/EUR cross did not experience the same volatility, as both tend to move in similar directions, driven by the reserve currency.

Control and containment have been the first goal, then treatment and cure. The ‘bending of the curve’ mantra, was an effort to allow authorities time to gather resources and to combat the epidemic. This has largely been achieved and most Western Economies (including NZ and Australia) are re-opening. The ‘damage actualisation’, is being calculated, as the re-open process unrolls. Global demand has taken a battering and therefore it will take time to assess the impact on markets, our goods and when/if they will return to pre-virus conditions.

The domestic economy is a different issue. The extent of the damage to business in NZ, will not be fully realised until all lock-down restrictions have been removed and things return to normal. Many marginal businesses will have gone to the wall permanently. Some will be on life support, for at least the short to medium term, and some will quickly recover.

Once the assessments have been done and reports written, we may be operating in a whole new world. Will existing trading relationships remain, change or disappear entirely? As a trade dependent nation, New Zealand will look to consolidate the ‘pre-pandemic’ relationships and look for further opportunity in the brave new world.

The existing supply chains may change, as repercussions and fallout from the ‘pandemic’ start to become more clear. As a trading nation we must work to ensure we have ‘certainty of supply’ and access to markets. Security of the supply chain will become part of our trade relationships.

Individual businesses must assess their own place in the world and opportunities. Importers/exporters thorough and accurate cash flow projections must be made. Careful foreign exchange exposure must be calculated and mitigated, as required.

As the Italian and New Zealand economies begin the long return from lock-down, we can look forward to the return of much valued Italian exports of food, wine, expresso, textiles etc. Staples of many Kiwi’s, which have become part of everyday life and Chianti certainly providing much needed support during the crises!

Closure of New Zealand’s Borders in Response to Covid19

Currency volatility is back!