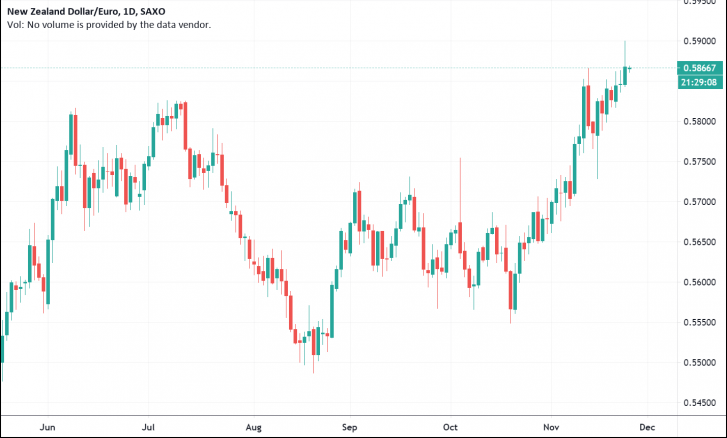 The US election has come and gone and in its wake, left a trail on political turmoil, but market certainty. The election has been called for the Democratic Presidential candidate Biden, over incumbent President Trump and the election uncertainty has been taken from the table. This combined with unprecedented liquidity in markets, has triggered a ‘vaccine rally’ in global equity markets. US Stock markets have hit all time record highs and the safe-haven US Dollar has been sent into a steady decline.

The market analysis of the Biden Administration has yet to be stringently researched and opined upon. The election promises and manifesto’s were for higher taxes, regulation and bigger Government. This does not augur well for the US economy, but may well be a boom for global markets. The globalist characteristics of the last Obama administration will make a dramatic return and so we will probably see a return of huge multilateral trade agreements across the globe. A world without borders and greater free flow of labour and capital, reducing the hard international borders. This will be a sharp repudiation of the Trump doctrine, of Bi-Lateral trade agreements, nationalism and populism.

The fiscal indiscipline and ‘largesse’ is likely to continue unabated, forcing Central Banks to maintain the unprecedented levels of liquidity, across Western economies. This avalanche of liquidity has driven massive asset bubbles in equities, real estate and so on. The safe haven US Dollar has suffered accordingly and allowed other troubled currencies to regain some ‘mojo’. The NZD has surged back towards 0.7000, while the AUD has fast approached 0.7400, while NZDEUR has appreciated at a more moderate pace.

The EUR has been embattled, due to the devastating impact of the first and second wave of the virus and the impact of the political solutions. This has seen massive lock-downs to economies and society. This is likely to continue to influence economic data until well into 2021. The imminent arrival of an effective vaccine is likely to improve economic activity, but the fallout will be suffered for many months, even years, to come. The UK has suffered similar economic and social disruption and looks to the vaccine for relief. The EU and UK are likely to finalise a trade agreement in the days following the writing of this article. This will be a boost to both the UK and EU markets and economies, but the devil will be in the detail.

The massive disruptions to the global supply chain has been severe across the world and none more so than New Zealand. Air-freight and shipping have been seriously impaired by the pandemic, on a macro-level. On a more micro-level, the pressure on shipping has never been so tense without the pre-pandemic support of air freight transport. Labour issues are plaguing ports across the globe and have resulted in serious supply issues around the world. These issues will not be resolved in this calendar year, so expect further price and supply adversity.

The electoral uncertainty in New Zealand and the US has now been removed, so markets will be looking ahead to trade relationships, treaties and logistical challenges. Central Bank monetary policy remains a crucial issue, but is in a state of ‘irons’, with no alternative options available to Central Bankers. The currencies remain vulnerable, although the cross rates, less so. Market certainty and confidence have driven the US Dollar lower, but serious threats are on the horizon. Prepare foreign currency cash flow forecasts as accurately as possible and work with your currency providers to mitigate and manage risk.

For daily news, live rates and more, download the Collinson Forex app on Iphone or Android.